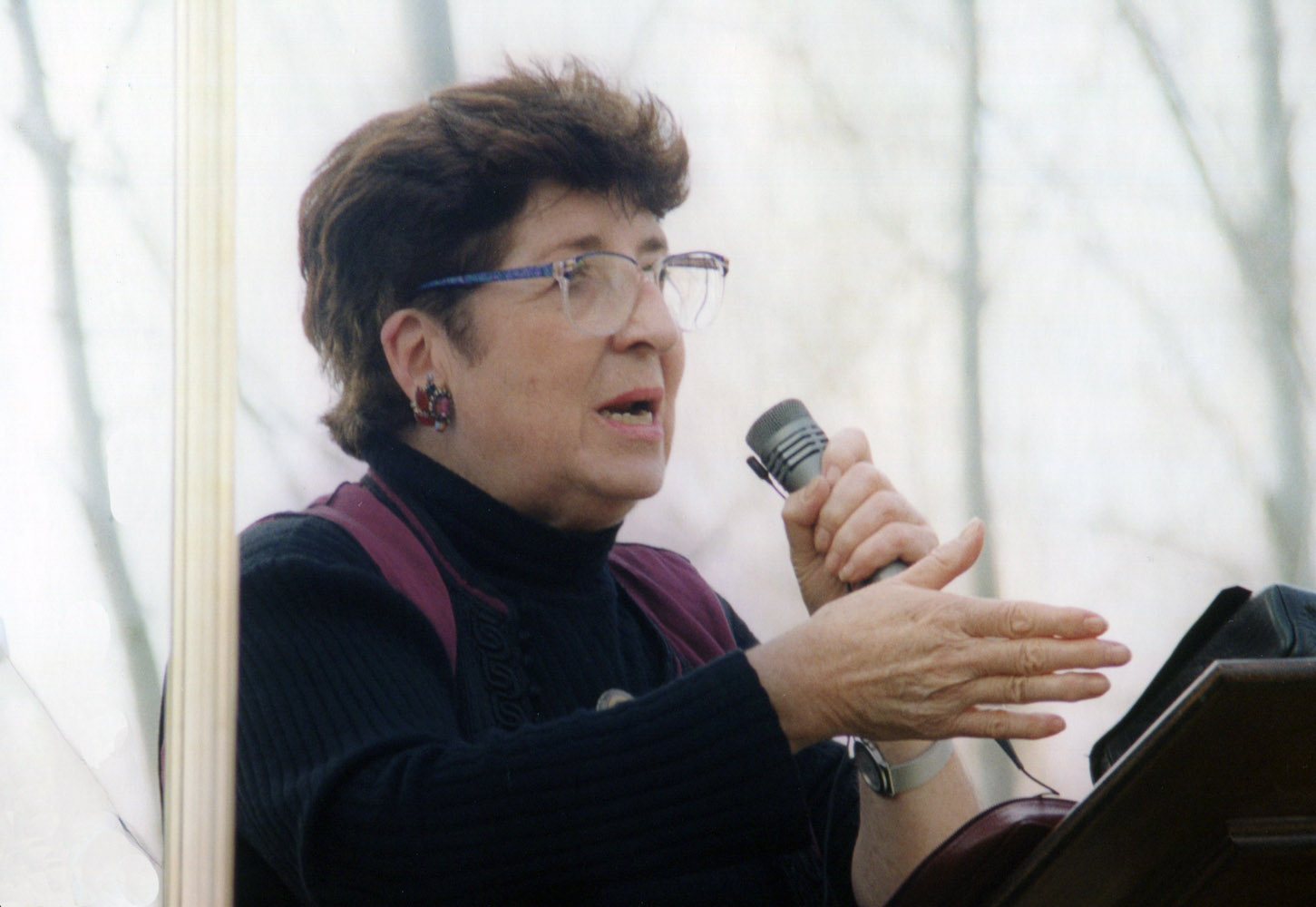 Carmen was born in Ólvega, in the Soria province, in a numerous family. Her parents’ names were Antonio and Clementa; she was the fifth of nine siblings. Her family lived in the Plaza de España of the village. She was baptized on November 28, 1930 in the parish church of Santa Maria la Mayor of Ólvega, in a small baptismal font, that it is still preserved.

Her family moved very early to Tudela, where she spent her youth and teenage, until she was 15 years old. She studied in the School of the Company of Mary. Many Jesuit missionaries, when travelling by Tudela, used to visit the school and spoke of the missions in the far east. These witnesses awoke in Carmen the love to be a missionary.

When Carmen was going to school, she used to pass by the Cathedral of Saint Mary to stop by the Blessed Sacrament, she was coming in from a door and going out by another one, to pray daily in the Holy Spirit Chapel. She told that in this chapel felt the vocation to the mission, listening for the first time in Spanish the gospel of the miraculous catch of fish.

The castle of Javier is the birthplace of St Francis Xavier, universal patron of missions. He left home at 18 and never went back. Driven by the evangelizing zeal, he travelled all the Far east, India, Japan and other places, and found death at the border with China, in the island of Sancian. Carmen, in her passion for the mission, used to say “I knew St Francis Xavier before St. Paul”. Therefore St. Francis Xavier and India became her missionary ideal.

In this place Carmen joined the Missionary institute of the Missionaries of Christ Jesus, a foundation supported by Bishop Marcelino Olachea, and the Jesuit missionary Rev. Domanzain, that was hosted in a building next to the castle. She entered in 1954 and began her novitiate. In this institute she stayed for 8 years, until the Lord showed her that his will for he life was another one. After a trip to the Holy Land in 1963-1964, coming back to Madrid, she began with Kiko Arguello what later became the Neocatechumenal Way that the Church has officially recognized as an “Itinerary of catholic formation valid for the society and the times of today”.

THE SMILING CHRIST OF JAVIER CASTLE

In the oratory of the Javier Castle there is a Romanesque statue of the crucified Christ, known as “The smiling Christ”, with the head slightly bent on his right shoulder. On his lips there is a sweet and gentle smile. Carmen was moved when she was praying in front of this crucifix, that sweetly smiles.